In previous editions of The Michigan Update (most recently in August) we have reported on the Michigan Department of Health and Human Services’ (MDHHS) release of a Request for Proposals (RFP) to re-procure its Medicaid managed care contracts. The RFP was released in early May with bidder responses due in early August. This procurement is for at least five years, with the possibility of up to three one-year extensions. The total cost of the procurement for five years is estimated to be $35 billion. On October 13, 2015 the State of Michigan announced the much anticipated results of the re-procurement.
Since the prices paid to the contracted HMOs are set by the state, the health plan selection was based solely on technical scores. The HMOs were required to bid on entire regions, which were configured differently than in the past. The reconfiguration required a number of the HMOs to expand their service areas to meet the “entire region” requirement. The new regional configuration appears in the map below: 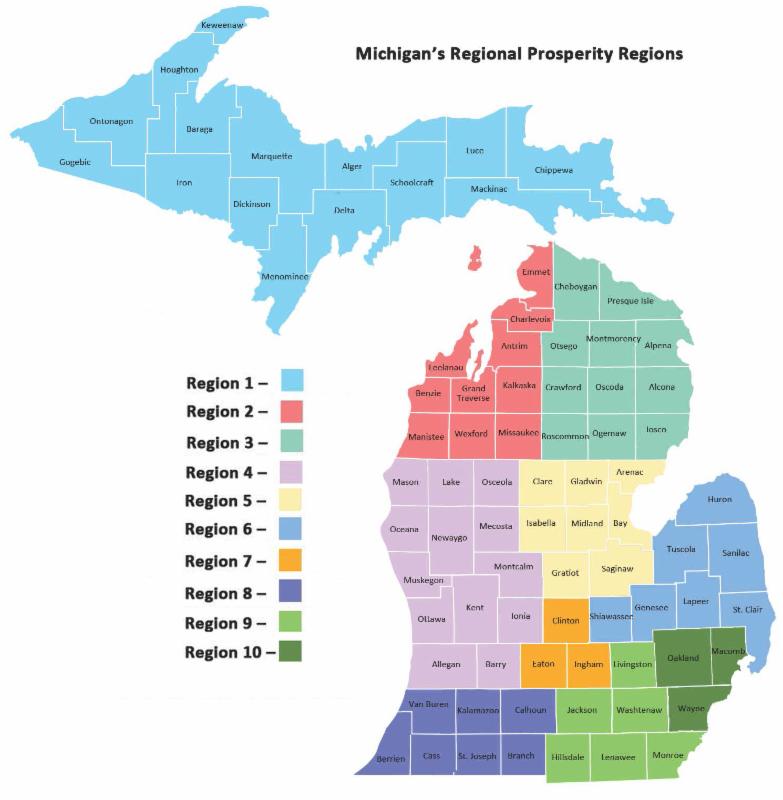 Note: Region 2 and Region 3 were required to be bid together.

The RFP included a proposed number of HMOs that would be awarded contracts for each of these regions. To minimize disruptions for Medicaid enrollees, in each region (other than the Upper Peninsula) the number of plans selected was one more than the proposed maximum number of awards for that region. Proposals from the HMOs were evaluated based on demonstrated competencies and also statements of their proposed approaches to many new initiatives related to population health, care management, behavioral health integration, patient-centered medical homes, health information technology and payment reform.

Not every HMO was successful in each region for which it submitted a bid. Two plans were not successful in any region. One is Sparrow PHP, which is an incumbent plan in Region 7. The other is MI Complete Health (Centene/Fidelis SecureCare) which is not currently a Medicaid plan in any part of the state but does have an Integrated Care Organization contract to serve dual Medicare/Medicaid enrollees in Macomb and Wayne counties as part of Michigan’s dual eligible demonstration.